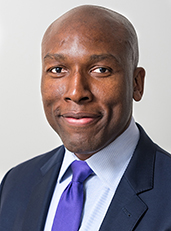 Corien John joined NHPF in 2016. As an analyst for the Affiliate program, he works to increase the number of joint venture partnerships NHPF creates with other not-for-profits and public housing authorities. Mr. John plays a key role in establishing and fostering the growth of strong relationships for NHPF with state housing finance and local elected officials. These include but are not limited to elected City Council officials and appointed local community board members.

Mr. Johns work was critical in establishing a relationship with Faith Gospel Assembly Baptist Church in Brooklyn, New York, resulting in an agreement to construct a $50 million mixed-use project. In 2016, he was also part of the team that successfully created a new relationship with the Yonkers (NY) Housing Authority to redevelop 447 public housing units with a total development cost of $130 million. The Yonkers redevelopment project is part of the HUD Rental Assistance Demonstration (RAD) Program.

Mr. John has over 10 years of successful client service and key account management experience in the financial service arena. Prior to joining NHPF, Mr. John held a variety of senior level analyst roles at Bear Stearns & Co. and BNY Mellon. Most recently, Mr. John served as an Analyst at Morgan Stanley, where he coordinated all trading activity for eight financial analysts covering a range of fixed income and equity products. Mr. John has a B.S. in Business Management from Saint Peters University.