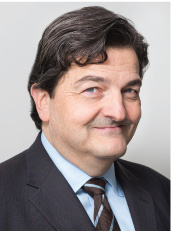 Frank P. Cerbini joined NHPF in 2010. He is responsible for acquisitions, predevelopment, and development of multifamily affordable housing. He has played a lead role in bringing $5 million in new acquisitions to the NHPF portfolio, and $25 million in development funding.

Prior to joining NHPF, Mr. Cerbini worked as both a principal and advisor with respect to the acquisition, development and preservation of affordable housing properties nationwide. For 15 years, Mr. Cerbini was an officer at Related Capital Corp., which later evolved into Centerline, where he managed the acquisition, syndication and disposition of over 6,000 apartment units.

He was an original member of the Institute for Responsible Housing Preservation and the New York State Association for Affordable Housing. Mr. Cerbini received a BS in Finance from Manhattan College.