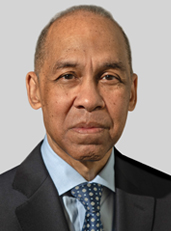 Eric Price joined NHPF in early 2019, with over 30 years experience in the development and financing of affordable housing and community development. He previously worked at the AFL-CIO Housing Investment Trust (HIT) where he served as EVP of the HIT and CEO for the HIT Advisors and Building America CDE. While there he was responsible for originating debt financing through Housing Finance Agencies, FHA mortgage bankers, and multifamily nonprofit and for profit developers.

He also formed and led a subsidiary dedicated to receiving and allocating $185 million in New Market Tax Credits.  Mr. Price also served as SVP for Abdo Development, responsible for all phases of multifamily residential development.

He also served for five years as Deputy Mayor for Planning and Economic Development for the District of Columbia where he managed an annual operating and capital budget of over $120 million and increased the District’s annual financing of affordable housing units from less than 500 units to over 2,500 units annually.