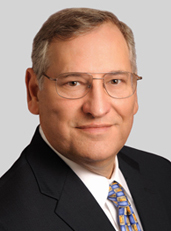 With over 25 years of housing industry experience, Mr. Hoffer joined NHPF in early 2016. Since then he has been responsible for securing approximately $41 million in development funding. He began his career at the New Frontier Group (NFG), in Chicago. As NFG’s Director of Asset Management he was responsible for NFG’s portfolio of affordable housing and Continental Bank of Illinois’ REO portfolio of luxury rental housing. Later, as NFG’s Senior Project Manager, he was responsible for the development of 700 units of newly constructed multifamily rental housing, 750,000 square feet of commercial office space, and one 200-unit luxury convention hotel.

As Director of Portfolio Analysis for the National Corporation for Housing Partnerships (NCHP), he was responsible for analysis, capital planning, and management of select recapitalizations in the 75,000-unit portfolio. He structured several novel NCHP transactions including the preservation of 1,000 units using a tax-deductible charitable donation sale to Pennsylvania Housing Finance Authority (‘PHFA’) combined with NCHP’s repurchase and renovation financed by PHFA with tax-exempt bonds, soft subordinate debt and LIHTC equity.

John worked with NeighborWorks America and other not-for-profit organizations as an asset management and real estate development consultant. To date, he has been involved in the purchase and/or recapitalization of 20 properties consisting of 4,023 units.