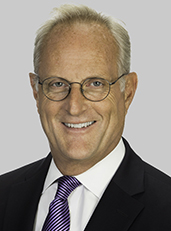 Stephen Green has more than 35 years of experience in real estate and economic development projects in both the public and private sectors. He has worked effectively with a variety of public agencies, federal, state and local officials, and resident and community groups. His project management engagements have included market rate and affordable residential, commercial, and mixed-use developments.

As Director of Development for the Executive Office of the Mayor of Washington, DC, Mr. Green managed a portfolio of over $2 billion worth of public investment in a series of developments across the District of Columbia. His oversight of that municipal portfolio included the disposition and development of the Hines organization’s $900 million City Center Development. During that period, Mr. Green was the principal negotiator of the agreement to bring the Washington Nationals baseball team to the Nation’s Capital. His duties included site selection, financing, lease negotiation and land acquisition for the ballpark. In addition, Mr. Green was one of several principle architects of Mayor William’s commitment to financing over 19,000 units of affordable housing

Mr. Green has also held executive positions at The Community Builders, William C. Smith and the District of Columbia Housing Authority (DCHA), where he served as Director of Capital Programs. He was responsible for the financing of DCHA’s first self-development transaction, a 136 unit $40 million development of a public housing authority site.