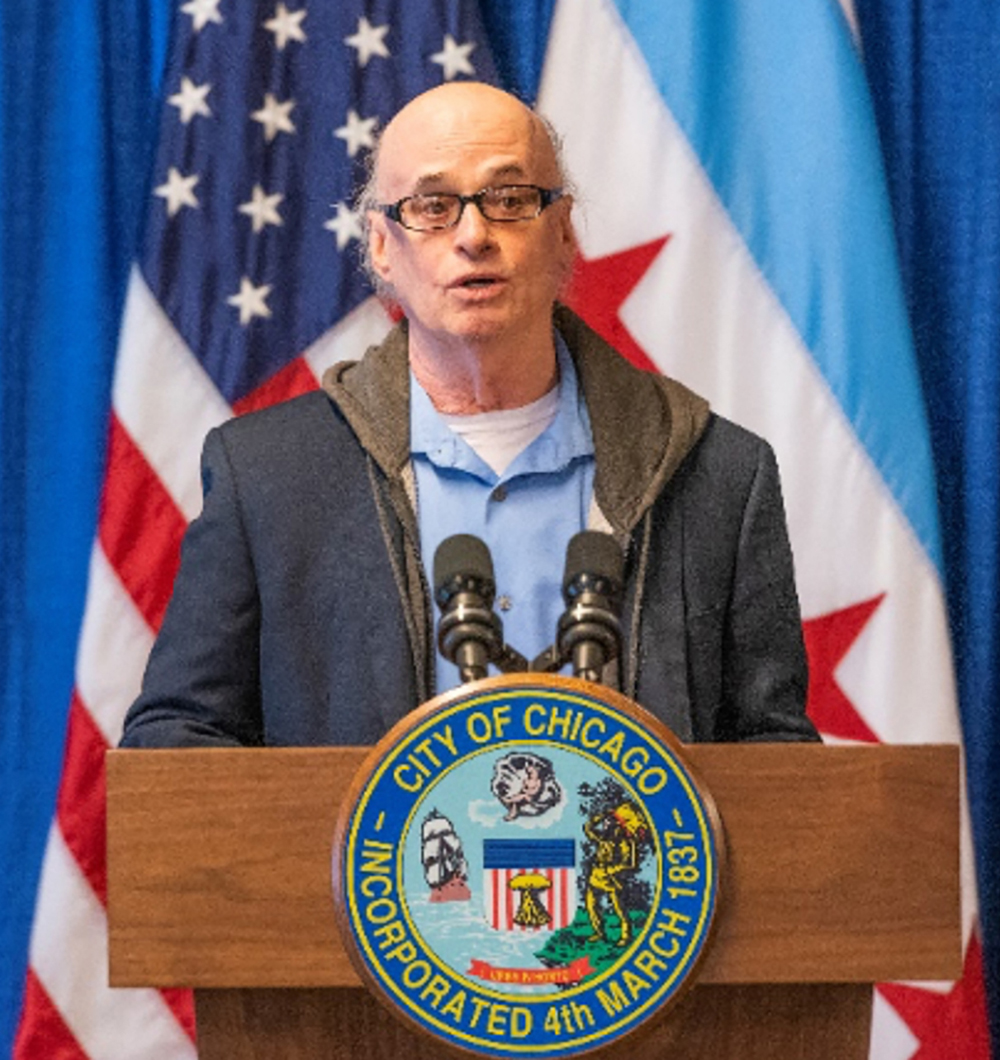 George Banks has had his share of challenges in life. From a rough foster home upbringing, to living with undiagnosed mental illness and the uncertainty of where a next meal might come from, George has remained resilient and has overcome every challenge thrown his way. During the most  tumultuous times George was able to rely on two constants in his life, his music (George is an accomplished guitarist and singer) and his home, The Mark Twain.

George has lived at The Mark Twain in Chicago, Illinois for fifteen years. Even while experiencing mental health crises, he always knew he had a place to sleep at night and a friendly community of neighbors he knew well. When the Resident Services Coordinator began working at The Mark Twain, George came to her for help paying off his credit cards. Together, they came up with a budget for George to follow to slowly pay off this debt. Even when George did not meet his budget goals one month, the RSC supported him and George didn’t give up.

In the end, George was able to pay off his cards and learn new budgeting tricks in order to prevent him from going into debt again. Since then, George has become a regular attendee at every workshop and coffee chat the RSC has hosted.

Once The Mark Twain renovation was complete, George was overjoyed and relieved to move back after being away for one year and he loves his newly renovated unit. In the photo, George is seen taking part in the Ribbon Cutting event, welcoming residents back to the beautifully restored property. He was honored to have been asked to speak and his words of praise for his home were from the heart.

Recently, George was feeling distressed because his normal therapist was on vacation and he could not see her. He went to speak to the RSC about his anxieties and together they figured out a plan to help him address them. The Mark Twain has been a constant in George’s life, through the good times and the bad. Now the onsite resident services provided by Operation Pathways are a constant as well, one that allows George to regularly access the support he needs to be able to thrive.